WPSA is present at 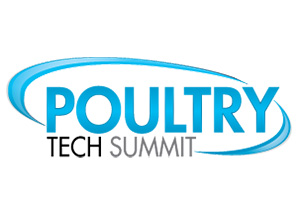 On September 25, 2022 at the age of 92 Irina L. Galpern passed away. She was one of the oldest members of the Russian branch of WPSA.

After graduating from Leningrad University in 1953, Irina Galpern came to the Research Institute of Farm Animal Genetics and Breeding (VNIIRGZH), where she worked her entire career from graduate student to Head of the Department of Genetics, Breeding and Conservation of Genetic Resources of Poultry.

Irina Galpern was a talented research scientist engaged in the search for new biological and genetic methods and their active application in the practical breeding of poultry. She has developed fundamentally new methods for increasing the genetic potential of the productivity of economically useful traits of eggs and meat chickens in conditions of various intensive maintenance technologies.

In 1984 I.L. Galpern was awarded the Prize of the Council of Ministers of the USSR for the development and implementation of methods for creating domestic layer and broiler crosses, a system for organizing the production of hybrid poultry in the country. Since 1975, a series of studies have been conducted by I.L. Galpern personally and under her methodical guidance, on the theoretical foundations of the long-term preservation of the gene pool of numerous rare and industrial chicken strains and the rational use of this gene pool for creating new crosses. For this work in 1995, she was awarded the State Prize of the Russian Federation in the field of science and technology.

The list of scientific works and inventions of I.L. Galpern has more than 250 printed papers, she is the author of 64 copyright certificates and patents for inventions, 57 of them for breeding achievements. According to the genetic programmes developed by her, lines were created numerous domestic layer and broiler crosses and strains.

Professor I.L. Galpern devoted a lot of effort and attention to the training of scientific personnel. Under her leadership 5 doctoral and 39 PhD dissertations were successfully defended.

I.L. Galpern was one of the oldest and active members of the Soviet and Russian branches of WPSA, took part in the World Congresses of WPSA – 1966 in Kiev, 1974 in New Orleans (USA) and in 1978 in Rio de Janeiro (Brazil). She was well known and highly appreciated by scientists and poultry specialists of many foreign countries.

Irina L. Galpern was distinguished by high personal properties - hard work, perseverance in achieving the set goal, integrity and at the same time a sensitive attitude to colleagues, responsiveness and constant willingness to help.

Colleagues and students will keep a bright memory of Professor Irina L. Galpern.

Effects of heat stress on the intestinal microorganisms ...

Effects of heat stress on the intestinal microorganisms in poultry and its nutritional regulations: a review

The use of some herbal plants as effective ...

Advances in epigenetic mechanisms of ...

Recent advances in the role of feed restriction in ...

Recent advances in the role of feed restriction in poultry productivity: part I- performance, gut development, microbiota and immune response